The most Sough After Turkish cuisine

Turkish kitchens are considered one of the most famous cuisines in the world, as tourists come to Turkey not only for the beauty of its tourist areas, but for the diversity of its cuisine with its ancient and popular dishes, we will learn about some of the most famous Turkish dishes that tourists like to eat when visiting Turkey.

Turkish shawarma:
Turkish shawarma or doner is a popular Turkish dish consisting of red meat or marinated chicken pieces placed on a skewer, where they are grilled and then served in a meal or sandwich. It is available in most Turkish restaurants and is famous for serving Taksim tourist area.

Adana kebab:
Adana is considered the kebab capital of Turkey, Adana kebab consists of minced lamb meat with spicy spices that is grilled and served with salad and bread, and one of the areas that is famous for serving is Sisli area in Istanbul.

Turkish hearts:
Turkish kibbeh ” Che kifteh “is considered one of the most famous popular Turkish dishes, and it differs from the” Aleppo “or” Lebanese ” types of kibbeh, as it consists of wheat semolina, walnuts, spices, pomegranate molasses and thyme, and boiled meat can be added to it, and you can eat it in most restaurants in Turkey, and there are also shops dedicated to selling Turkish kibbeh in the Esenyurt area of Istanbul.

Salt-coated chicken:
This dish is considered one of the most delicious Turkish dishes that are intended for tourists, where a musical show is made while being served in some restaurants by clicking on the plates to break the salt layer, the dish consists of a chicken stuffed with rice and completely covered with salt placed in the oven until cooked and the salt becomes solid, it is broken and the chicken is taken out and served with rice and bread, you can try it at the Hatay sofressi restaurant in Istanbul.

Iskander kebab:
A meal that Turks are proud of, especially the residents of Turkish Bursa, where its name goes back to “Mehmet Ogle Iskander”, a native of Turkish Bursa, this dish consists of lamb grilled on charcoal and pieces of bread with tomato sauce, butter and yogurt, you can eat this meal at any branch of the Iskander kebab restaurant spread in Turkey.

Oysters:
Turkish oysters are one of the most famous street food in Turkey and they call it “media” and it can be served fried or stuffed with rice, you can try it in the shops located in the Besiktas area of Istanbul.

Sweet potato “compere”:
It is one of the foods that you can only taste in Turkey because it is one of the popular foods on the Turkish street and consists of grilled potatoes mixed with butter and cheese and many sauces and salads are placed on top of it to choose from what you want and one of the most famous areas for selling is Ortakoy Street in the Ortakoy coast overlooking the Bosphorus Istanbul. 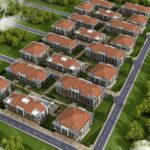 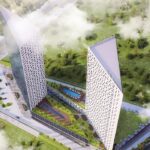